What to do in Bangkok? Don’t ask a local named Ploy

My Last Trip in Kansai (for a while) – Universal Studio Japan 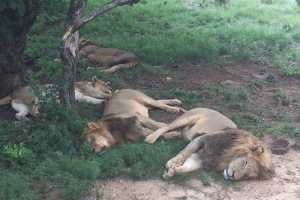 Facebook just reminded me that a year ago–I was in a safari park in South Africa. Last year,  I was lucky enough to go to South Africa twice. In March of 2017, I went on my first trip ever to Africa. It was also my first business trip […] 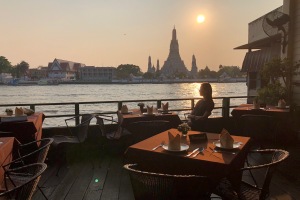 What to do in Bangkok? Don’t ask a local named Ploy

Excited friend: Hey Ploy! I’m going to Bangkok for a week. What should I do there? Me: Oh there a lots of things to do there! Just give me a second…. Of course, as someone who is actually from Bangkok, I know a few places that first time […]

I’ve been writing here and there but it’s been five years since my last post on this blog. Let me tell you that I’ve had the pleasure to meet a few readers over the years, in many locations all over the world, and it’s been really great. I […]

Stroll Around Kyoto （京都） in a Kimono (着物）

Have you ever wanted to stroll around Kyoto in a kimono? I have always wanted to do so seeing many tourists walk in beautiful kimonos sightseeing around beautiful temples and shrines of Kyoto. I always thought to myself that I must do this at least once while I […]

Recently, I just moved from Yokohama/Tokyo to Osaka for less than a week. I’m still not at all familiar with life in Kansai yet. However, the good thing about being in Osaka is that it is close to many great places in Japan – Kobe, Nara, Kyoto, etc. […]

Last year, I finished school half a year early so I spent half a year finding job and traveling. I decided to go to Kyoto with my friend. Kyoto is my all time most favorite city in Japan. The city is beautiful and full of shrines and temples […]

Before the 🌸 Cherry Blossoms: Season of the plums

This year, the forecast seems to be correct. The weather is getting warmer, which means sakura (桜・cherry blossoms)  are just around the corner. My favorite season of the year. It’s like a gift from God…a reward for surviving the long winter (at least for me). Now just before sakura […] 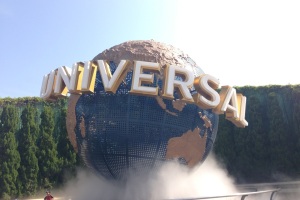 My Last Trip in Kansai (for a while) – Universal Studio Japan

I moved to Osaka in April which is very recently but I am leaving Kansai （関西）soon in less than 2 weeks. Time flies when you’re having fun! I have ended things with my company peacefully and about to move back to Tokyo before moving…again. But that is another […]

A Weekend in Okinawa （沖縄）

Traveling is one thing I can say I would invest on when I have the time, chance and some pocket money. A lot of people have asked if I am a secret agent, rich or if I am a professional traveler but I am none of that (although […]

How many of you can say you have been to a convenient store ‘Grand opening’…at 11 pm at night? I don’t think there are many of us who have done so. I live in my company’s dorm in Osaka not so far from the company, close enough for […]

From a few posts before, I wrote about Yaki-tate melon pan which is a fresh-from-the-oven melon bread sold in bakery vans. It is not widely sold but the soft hot bread is worth trying and definitely not a regular hard sugary melon shaped bread sold in any supermarket. […] 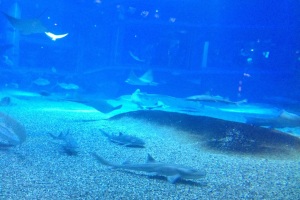 Osaka Aquarium or Kaiyukan 〔海遊館) is one of the most famous tourist attractions in Osaka and probably in the whole Japan for aquariums. It is located in Osaka bay area. This aquarium is famous for its various displays of marine life which is organized in a very impressive […]

Golden week had quickly come and gone. In Japan, there are a few long holidays; one of those is Golden Week (ゴールデンウィーク）. Golden week starts around the end of April till the start of May. This year, April 29th and May 3rd – 6th are holidays; hence, the […]